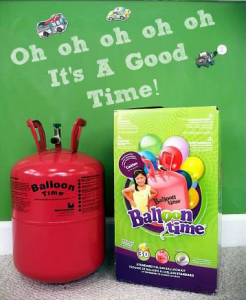 So. Update on Pottytraining. It’s NOT Always a Good Time.

First things first. Noah is obsessed with the “Good Time” song with Carly Rae Jepsen. Eric says it’s my fault, I disagree. I blame the radio station for playing it a billion times. Basically Noah runs around the house singing ” Oh oh oh oh oh, it’s a good time” over and over and over again. Seriously, all. the. time. and only that part. SO! To help him out I thought it would be a good idea to download it on my phone so he could at least learn more of it. BAD IDEA!!! Now he wants to play it over and over and over again on my phone!

Fast forward to tonight’s latest face off over the potty. I know we are not supposed to force the pottytraining thing, I KNOW it shouldn’t be a power struggle. But y’all! The kid won’t poop! He holds it in all the time until it hurts his little butt! Obviously we are off the miralax. He can’t pottytrain if he can’t learn when is the appropriate time to hold it in. The miralax makes that almost impossible.

So tonight, after holding it in a million times today, I put him on the toilet and said you are not getting off this toilet until you poop. Yup! Exactly what you aren’t supposed to do. I sat in the doorway talking to him for 30 minutes while he sat on that toilet. He sat on it backwards, forwards, and finally with the padded sesame street seat. There were tears, his and mine. There were many, many way to many promises. Treats, toys, dance parties, balloons. You name it. Finally I ran downstairs and grabbed the pedia-lax chewables. At this point he was holding it about every 5 minutes, so I knew it wouldn’t take long for them to work. I gave him two and full sippy cup of water/pear juice. This cheered him up because he thinks they are candy.

Since it was so close to bedtime he wasn’t allowed to get any “more” candy, but I have an ace in the hole when it comes to impressing a toddler. I have a helium tank! My sister tipped me off to this and I bought one for Noah’s birthday party last year. It filled a ton of balloons for the party and it is still going. It was only $30 from Walmart! So Noah’s treat for going to the potty tonight was a balloon.

Of course tomorrow I owe him a cupcake, and an m&m, and a cookie, and a hot wheel, and another dance party. o_O Can you tell how desperate I was???

What do you do to get your little one to use the potty??