The Kitchen-Part 1: What I Learned About A Slab Leak

Well, it’s February and we are finally nearing the end of our kitchen slab leak fiasco, that is if the workers will actually show up to, you know, work.

It’s best I believe to start at the beginning. That means going back to the end of last summer. Probably around September we noticed that the wood underneath the end cap of our peninsula had water damage. The photo below was the damage at it’s worst, right before we started construction. It was barely noticeable in the beginning. 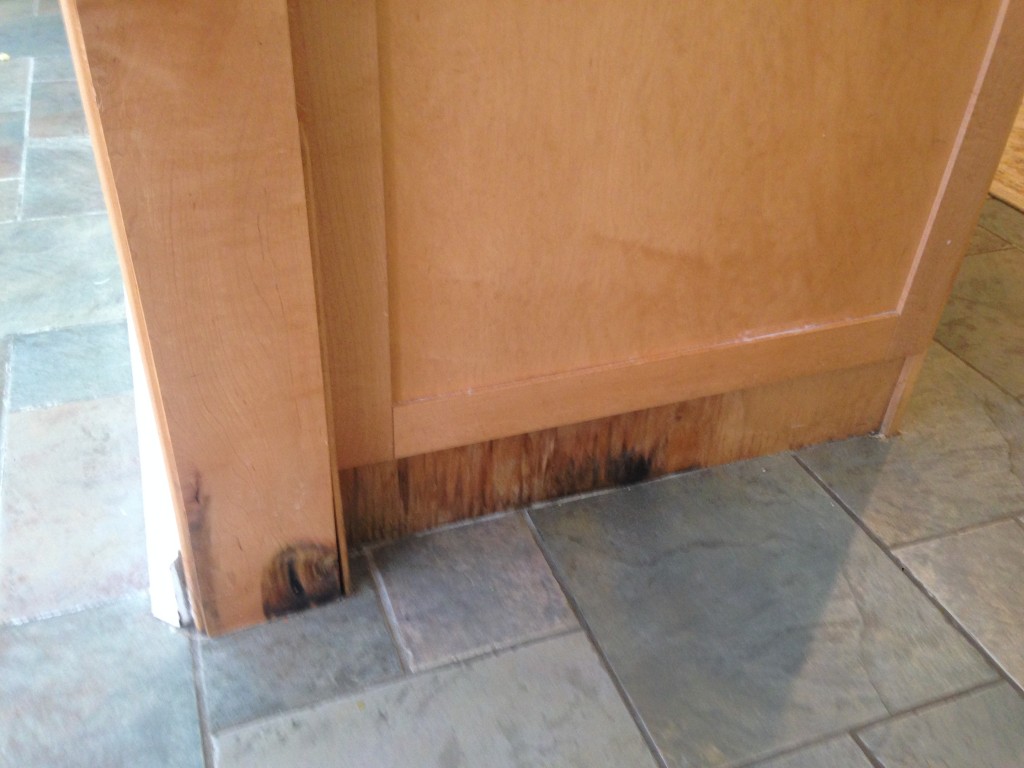 Given it’s location we assumed that our dishwasher must have a leak. It didn’t look that bad and thanks to football season (which pays our bills and isn’t just for fun) and school we were too busy to do anything about it. We hand washed dishes more often and tried to use it less.

Around early October it started to look worse so I called a plumber. He pulled the dishwasher out and couldn’t find anywhere that it was leaking. His suggestion then was to cut holes in the back of the peninsula and see if the pipes going to the sink were the problem. I gave him the go ahead. Two large holes later and we realized that the pipes weren’t the issue.However, now we had access to the area behind the cabinets and it was full of water!! Unbeknownst to us the water was pooling back there the whole time! What looked like a tiny leak turned out to be a river! There was also mildew and possibly mold forming, it smelled horrible. I tacked up some poster board to keep the boys from dropping toys through the holes and it helped the smell as well. 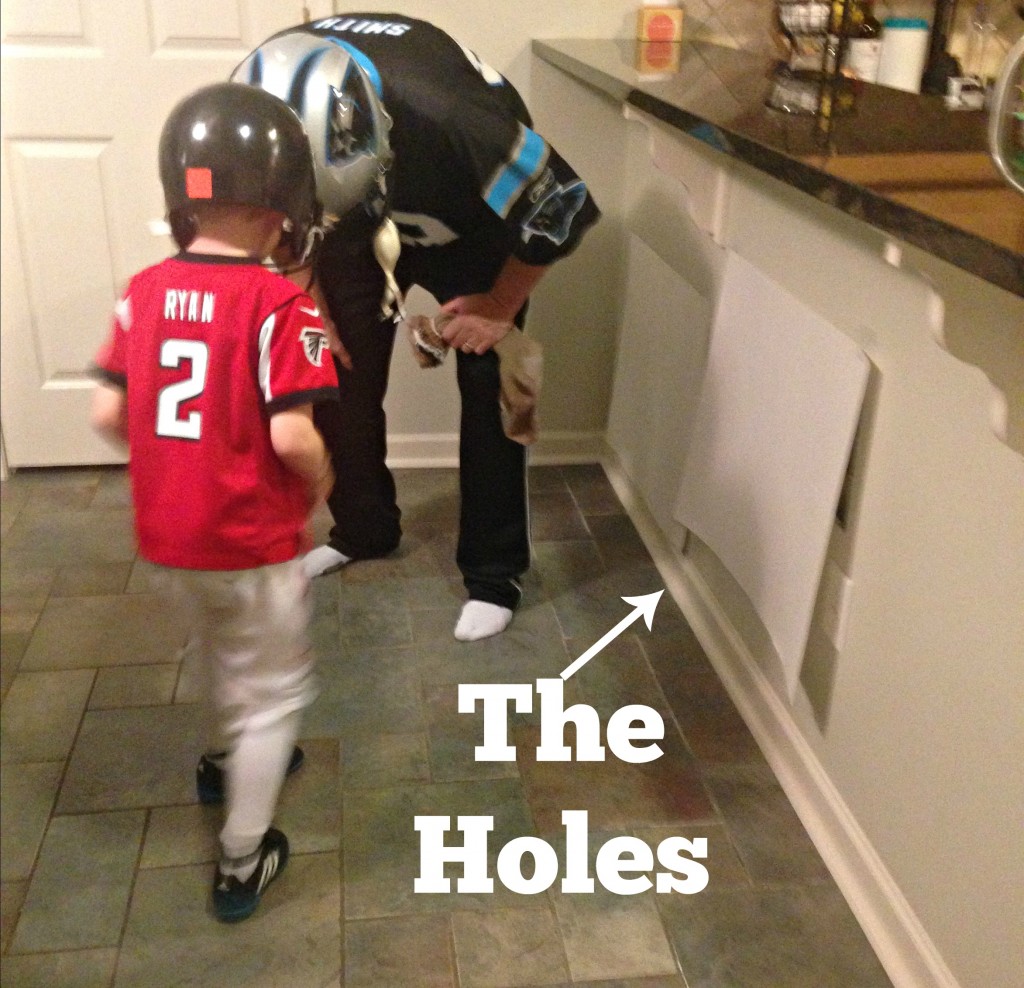 Unable to find the source, the plumber recommended that we stop using the dishwasher completely for a few weeks and see if the water dried up. We did and it did. So we assumed it was the dishwasher. I finally got around to calling a company to come fix our holes and damaged cabinets and they suggested we call our insurance as they would likely cover the damage. This was great news as we were not looking forward to this expense occurring right before the holidays!

After talking to the insurance company I was asked to hire a leak detection company to pin point the problem. After making a few mistakes and ending up with a few jerks in my house trying to give me the run around. I learned a very easy way to help determine where a leak might be coming from in your house.

I can’t even begin to understand why this was not the first thing that was done. All I can say is that I either had shady plumbers or they were incredibly dumb. This is how we figured out it was not the dishwasher after all. Once we determined that there was a slab leak. I spoke with the insurance guy and he gave me the name of a leak detection expert, that was not a jerk, and he came out and used sonar equipment to pinpoint the location.

It turned out that we had a slab leak. We actually ended up having two slab leaks! This means that the main pipe that carried water under the kitchen to the rest of the house was leaking. The water had found its way up through cracks in the foundation and moved under the tile until it found it’s way to an opening under the cabinets where the tile didn’t meet. When the first plumber cut the holes it allowed air to reach behind the cabinets and the water that continued to leak could dry faster, which is why we thought it had stopped.

Instead of jack hammering concrete and fixing a pipe that was over 30 years old and would likely leak again, we chose to have plumbers reroute the pipe from the garage through the ceiling. This meant that we ended up with a ton of holes through out our laundry room and kitchen. 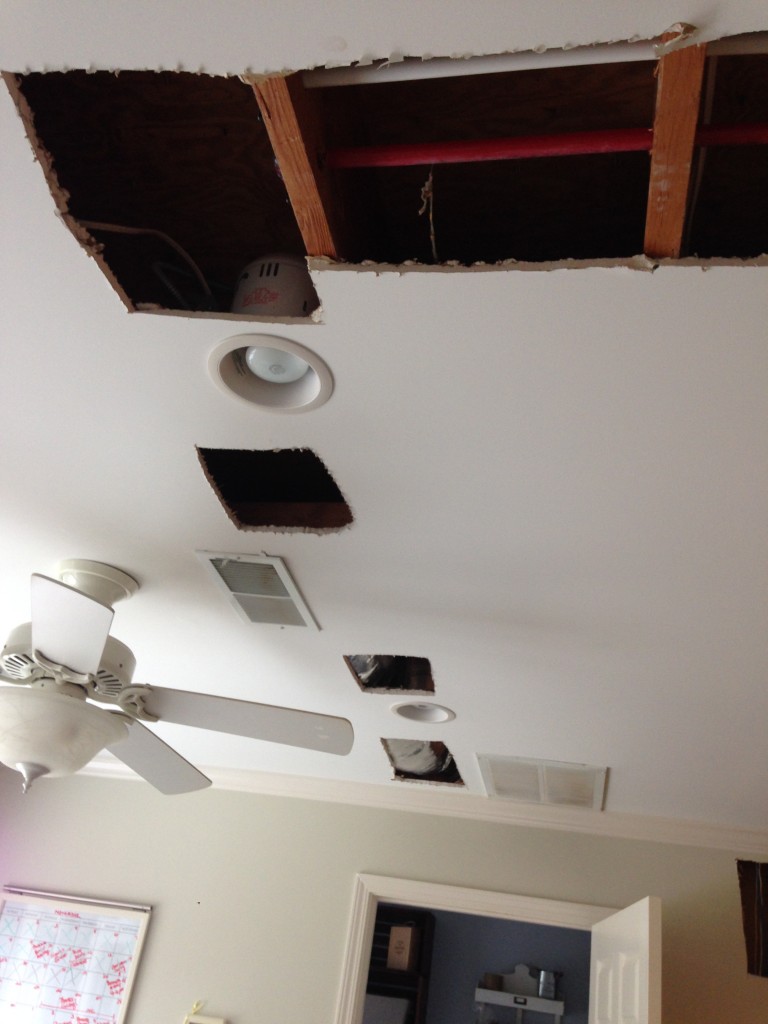 This was the state of out kitchen for about a month and a half. 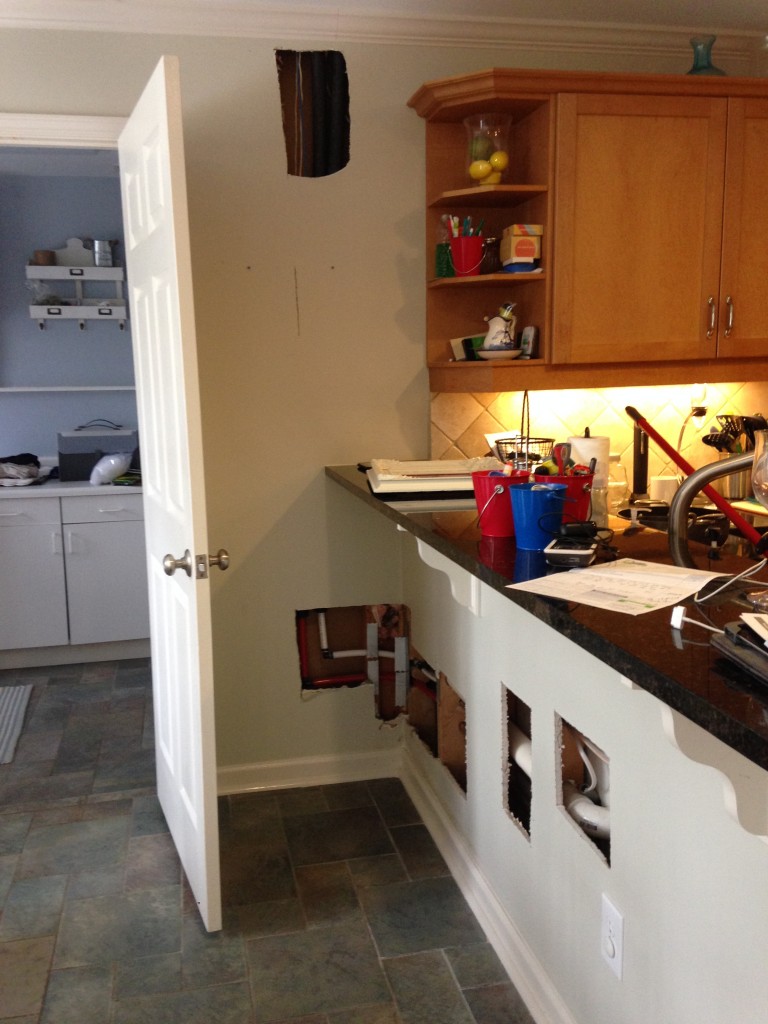 We tried to have some fun with it during the holidays. 🙂 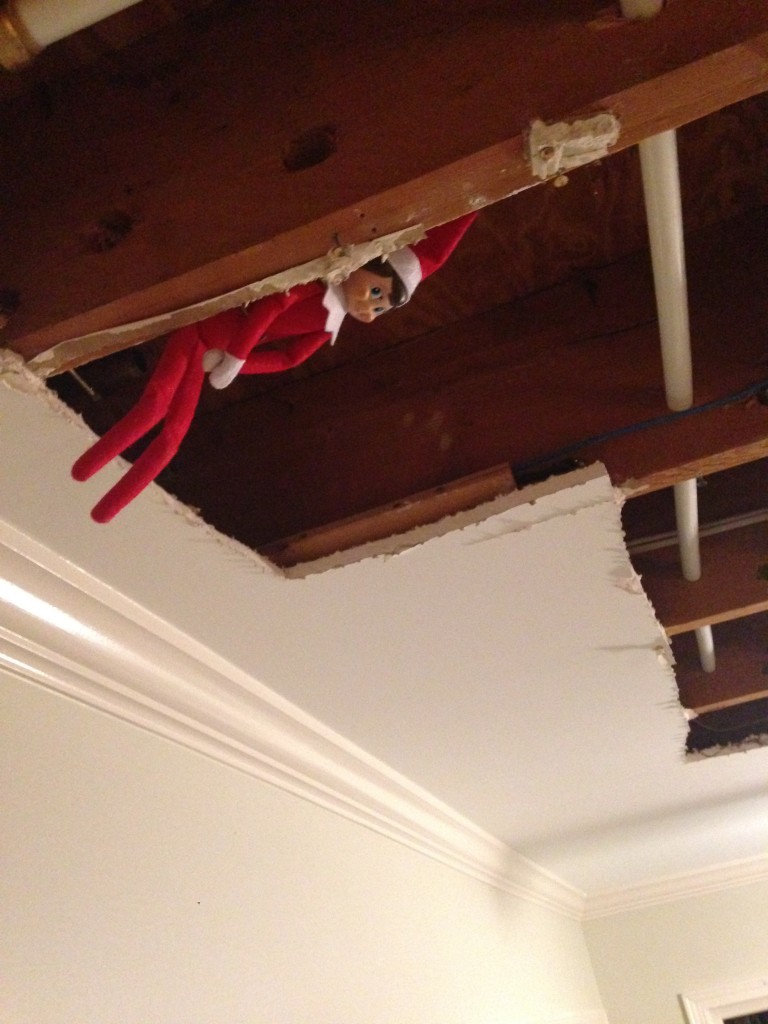 We finally had workers show up the third week of January to get started, but that was just the beginning of our troubles. 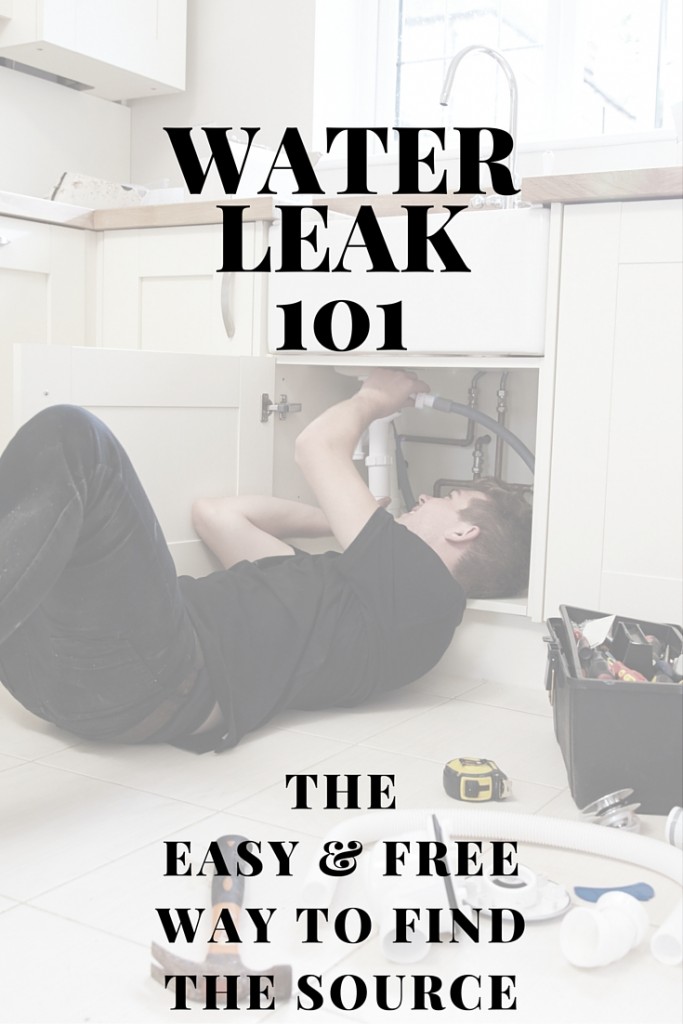