Last Week Sucked, I Cried Over a Straw

It’s been a week since my last post! Normally when I write these, Wow, I haven’t written in forever posts it’s been at least a month. But this time it has only been 10 days! I’m kind of proud.

So what’s been holding me up? Why haven’t I been writing?

Well, there was a whole lot of football. Some good, some not so good. By the looks on Noah’s face it’s hard to tell which was which. 🙂 But, the season is over, and our lives can settle down a little. We were pretty bummed yesterday. I was definitely looking forward to a trip to New Orleans. I must confess, I would have loved for the Falcons to make it to the super bowl. It would have been awesome for the team, and Eric, but really….. I need a vacation, WITHOUT babies. Oh well. I’ve already told Eric that we have to go somewhere for our anniversary. I’ve even suggested camping, and really I love the idea. I don’t need to be pampered or entertained. I just want to sleep! Uninterrupted. 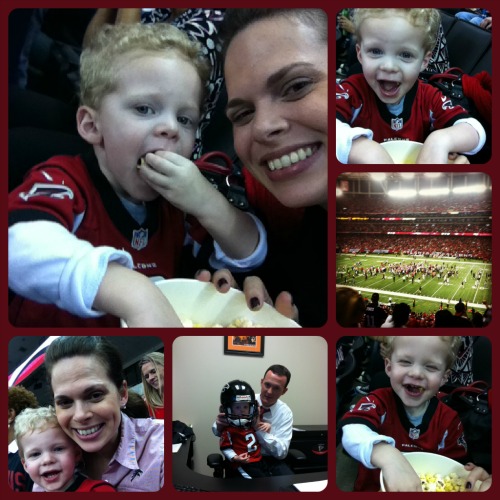 In addition to football, we spent a whole lot of time in doctors offices. Bryce had his 4 month checkup. Noah was supposed to be at school, but he woke up sick in the middle of the night with croup. So he had to come to the doctors appointment with us. Fun. Bryce got his second round of shots and as you can see he was not happy, not even on the way home, and then even later that night. He also had trouble breastfeeding that night, so I pumped and gave him a bottle. You can see he was happy about that too. 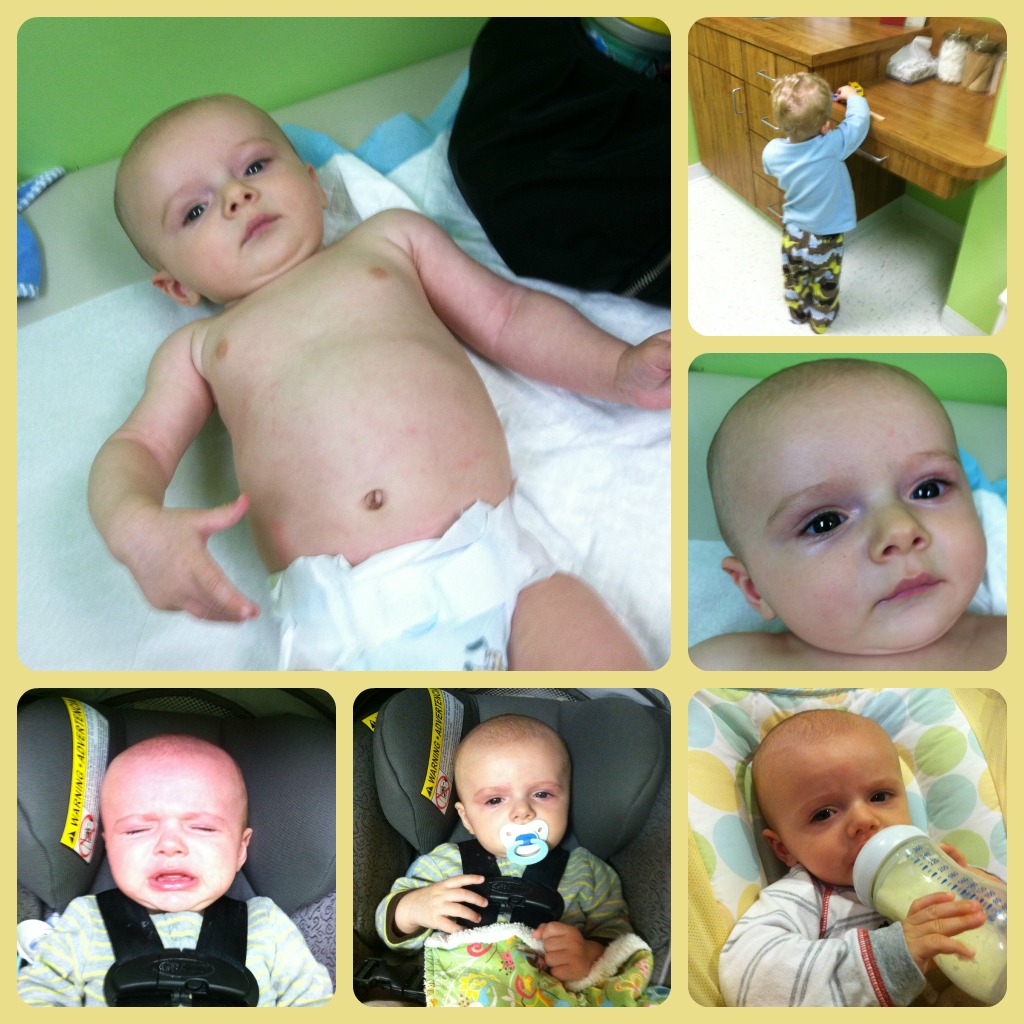 Then Noah got sicker and we had to go back to the doctor. We tried hanging out in the bathroom with the steam (video below), and then sitting in the cool, wet air on the front porch. His attitude stayed great! Unfortunately his breathing got worse. He was in respiratory distress. It wasn’t life threatening, his pulse-ox only got down to 90% but his chest and stomach were like a see-saw and every breath was audible and labored. This day was so stressful that when we stopped at Chick-Fil-A to grab lunch on the way to the doctor they forgot to give me a children’s straw for Noah’s drink and I burst into tears because I couldn’t run inside and grab one and the drive thru line was around the building. It’s the little things as mothers that get us.

We headed back to the doctors office and they gave him a breathing treatment, but that didn’t fix it, so we were sent to the ER. They did another treatment, waited 30 minutes to an hour, then did another one and told us they wanted him to stay overnight in case he needed more. Yikes! That meant Eric had to take Bryce home, luckily I had breastmilk in the freezer, and I spent the night in a hospital bed with a two year old. A two year old who still sleeps in a crib and has NEVER slept in the bed with us. That was one long night. His arms and legs flailed as if independent from his body and i caught him from falling off the bed on more than one occasion. He also make me about every 30-45 minutes crying that he wanted to go home. He didn’t need anymore treatments so we were sent home the next day. Whew! The hospital was nice enough to loan me a breastpump since Bryce wasn’t with me. Yep, that silver industrial looking thing below is a breastpump. I won’t lie, I was very intimidated and a little scared. 🙂 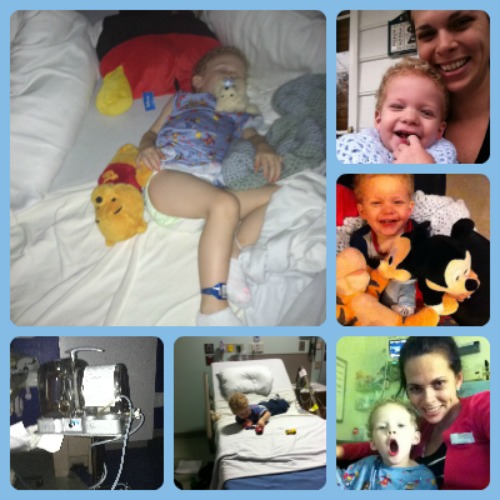 All in all, I’m glad this past week is over. I have two healthy boys. Noah recovered in time to make it to yesterdays game and Bryce stayed at home with a sitter. I normally take him with us because they have child care there, but with all the illnesses going around I didn’t want to push our luck. Knock on wood, but he never caught what Noah had. If that isn’t an AMAZING reason to breastfeed I don’t know what is! 🙂

Here’s to hoping this week is much less stressful and that I can actually make it to the grocery store. We have zero food left. I will be stopping at Publix tomorrow and picking up a lunchable for Noah for school. 🙂

I just had to throw in these last couple of pictures. I couldn’t help it, they are just so cute! 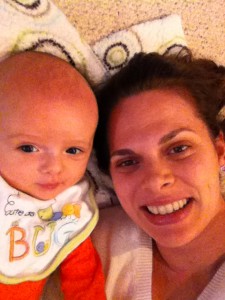 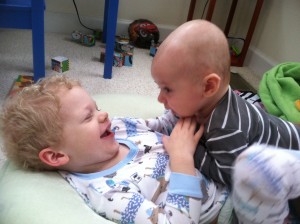 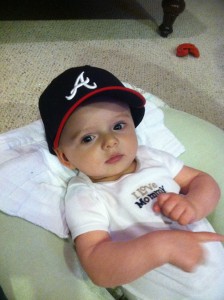