Who Will We Be When We Are Gone?

Are we the same in heaven as we are here on earth?

I like to think we are better. We are washed clean. We are who we were meant to be. The scars that are made on earth are cleansed. Wounds are healed and anger and resentment is released.

My grandfather might as well have been a saint. He was worshiped by us all. He was taken from us way too soon. My grandmother on the other hand was a hard woman to love. Especially later in life. She was tough as nails and loved us fiercely, but as she got older her heart hardened.  It became harder and harder to see her soft side. In the end it would be as bright and fleeting as a shooting star. It was rare, beautiful, and gone in the blink of an eye.

After my grandfather passed away I remember thinking how strange it was that his life, which he lived with so much happiness and joy had been cut short. It made me happy to just be near him and I swear his hugs were magical. Conversely, my grandmother who had harbored so much anger and animosity and had been in very poor health for so long had managed to out live him. I never in any way would have wished his life spared in exchange for hers, but it seemed unfair in some way. It was such a shock when he got sick, that it felt like it would have been easier, marginally so, but still easier if she had been the one who had passed first. But life never plays out as we might expect. Hhe was ripped from us, leaving a gaping, weeping wound in our lives.

It seemed like a blink of an eye, 5 years actually, when she became sick too. And it was easier, somehow. We weren’t blind sided this time. She had been so unhappy and unhealthy for so long it was easier to believe that it would be better for her when her fight was over. I still cried, I still mourned, but it was different from losing him. Now it’s been another five years and as I think about them I still feel that crushing weight of grief lie down upon my chest. And amazingly the scales have evened. I have heard it said that death is the great equalizer. I’m sure it’s not meant for a situation like this, but it makes sense to me.

If angels came down from heaven and said “you can have one of them back”, I would not be able to choose. And if I did I don’t think it would be the decision I might expect.

I imagine that my grandmother has been restored to all her glory. The possibility of seeing her, as she was, as I want to remember her lightens my heart. The grandmother of my childhood. The feelings of nostalgia, regret and pure love swell in my soul until there is no escape but through tears.

What I wouldn’t give to see her again. No matter which version of her it might be. 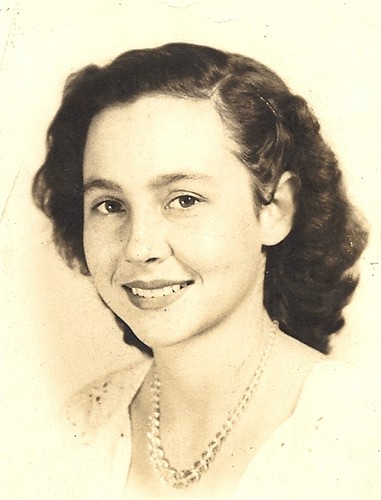