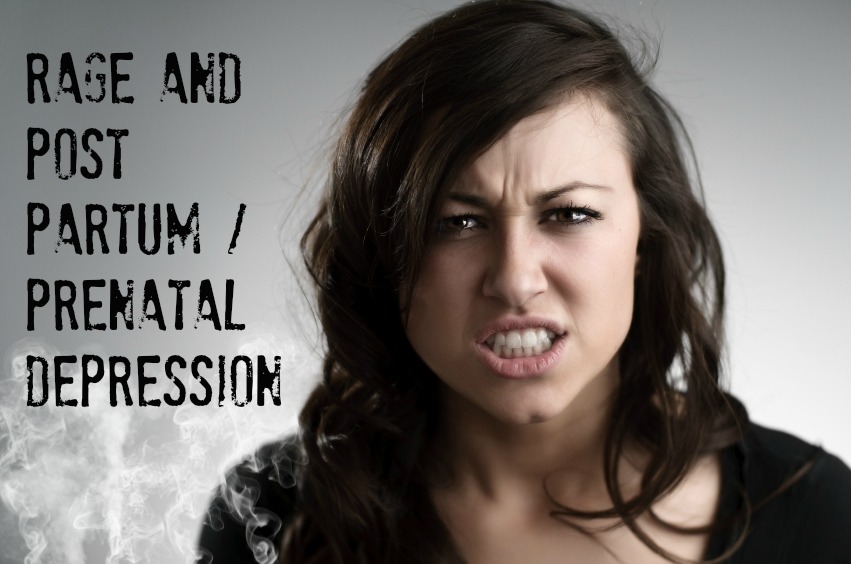 As best I can describe it, the rage that I feel is like a pot of boiling water. I can feel it bubbling inside of me and when it starts to boil over I have to find some way to release it. My initial instincts are to yell. If you know my family this shouldn’t be that surprising. “We are women here us roar!” should be our motto. That being said, I don’t think rage is something that is prevalent among us though. When this began the yelling really scared Noah, so in order to prevent this I would pick something up, usually clothing or something soft, worse case scenario a toy or book and throw it across the room. I know, not exactly better, but it released the tension. If I yelled there was a chance I would yell at Noah and I was aware enough to know that none of this was his fault. I obviously wasn’t going to throw anything at him, so this helped me direct my feelings away from him. It sounds so twisted saying it now, but at the time it made perfect sense.

I never equated these feelings to depression. I wasn’t sad, I was pissed off.

I couldn’t understand why I was so angry. I never equated these feelings to depression. I wasn’t sad, I was pissed off. And mostly I was pissed off at Eric and Noah. In some ways I recognized that I wasn’t reacting rationally, but I didn’t realize how bad it was until one day it just disappeared. It was only for a week, but that brief respite made me painfully aware that something was wrong.

Once I realized this just recognizing my feelings helped immensely. I also started researching it and then eventually found a therapist to talk to. I had already started minimizing things that triggered my rage. I had found that something as simple as walking up and down the stairs with both boys was enough to push me over the edge. Noah would go incredibly slow and Bryce was starting to get heavy and practically doing jump n’ jacks in my arms. I would be exhausted before reaching the top. I found that either by taking two trips, or by wearing a ring sling to support Bryce’s weight, I was able to avoid a situation that frequently  pushed me to my breaking point.

In the short term this was helpful. However, my therapist mentioned that rather than avoid situations that triggered my rage I should work on dissipating it when I started to feel it boil. I was worried that I wouldn’t be able to control it, but have been surprising successful. Most often it is Noah who triggers it and when I start to get upset I just take deep breaths and remind myself that not only is he two years old and acting like a two year old, but what I am feeling has absolutely nothing to do with him.

I can not sufficiently express how guilty and shameful these situations make me feel. I am continually frustrated that I am unable to handle this. I feel like such a failure and a horrible mother. But, I know that I am not. I know that I am a mother who loves her children and her husband and that I would do anything for them. I am just weak at the moment, momentarily broken. But I will heal and we will be able to move on with our lives without this pressure and pain.

Edited to Add: Why I am not surprised that my favorite website Postpartum Progress has a post about The Rage of Postpartum Depression. It is crazy similar to what I say here about hormones and PMS!