Last night Eric and I had a date night and went to the Imagine Dragons concert. It was pretty awesome! During one song in particular everyone lit up their smart phones (in lieu of lighters) and it was beautiful.

As a result of the date night Noah and Bryce didn’t get to see Eric at all yesterday. Noah slightly flipped out when he woke up this morning and realized Daddy was already at work. I quickly decided a trip downtown was in order. We went to the church for my women’s bible study class and then headed downtown afterwards. Eric was stuck in a meeting so we had some time to kill. I was headed to Centennial Park to let the kids run around when I saw the Atlanta Skyview ferris wheel!

I had been meaning to take the kids but hadn’t gotten around to it yet. I was not disappointed! There is a parking lot right next to the wheel (which of course we didn’t park at, we parked two blocks down the street *smh*) and it’s only $3 per hour. We went on a Thursday around lunchtime and there was zero line. It was only about 40 degrees outside but the gondolas are climate controlled. I had Bryce in a stroller, which we weren’t allowed to take on, but I was able to park it inside the fenced area. You can’t leave valuables, but I did feel safe leaving my stroller there since they had a security guard.

The ticket prices are:

(Each Gondola must have an Adult riding with the children.)

Children 2 and Under – FREE

They also took a picture of the three of us in front of a green screen! I had to pick up both boys, which was no easy feat, but definitely worth it for a picture like this! It wasn’t cheap. They least expensive photo package was $20 but I decided to spring for it. 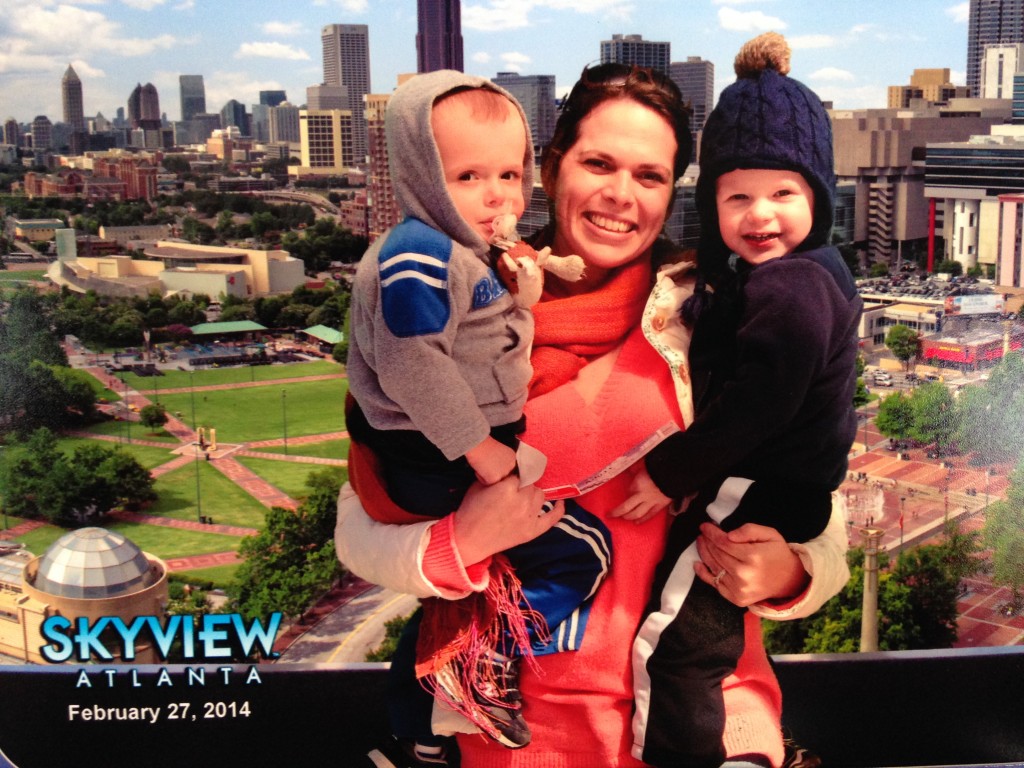 I am NEVER in the pictures unless it’s a selfie like this one and then you can only see half of me! 🙂 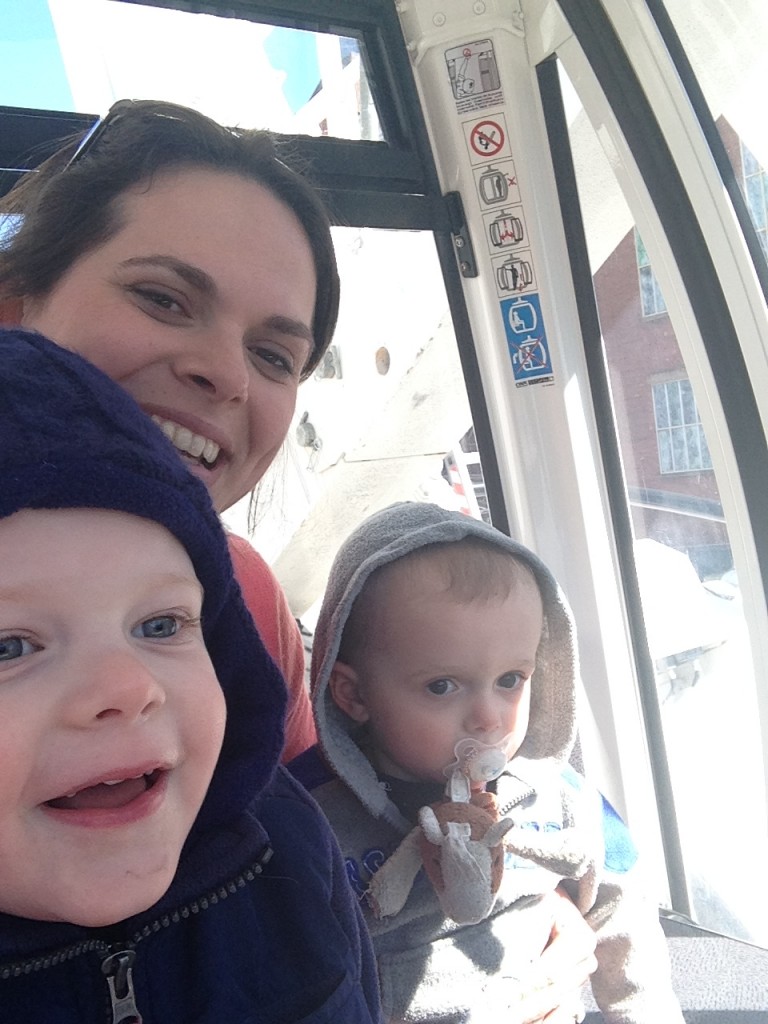 The boys absolutely loved it. I wish I had an extra set of hands to help out though. Noah insisted on sitting on my lap and Bryce sat on the bench seat next to me most of the time. Then he kept trying to get down and push on the doors! I’m sure they are super strong, but I wasn’t taking any chances. There was a bit of a power struggle but nothing I couldn’t handle. Also when I was done wrestling Bryce I was able to push a button in the ceiling and talk to the wheel operator and tell him we were ready to get off. That was pretty awesome!

All in all I would DEFINITELY suggest a trip to ride the SkyView ferris wheel!!