It is that time of year again! For some reason Hand, Foot, Mouth is common during the summer months. If you are dealing with this illness in your household here is our experience and what worked for us! 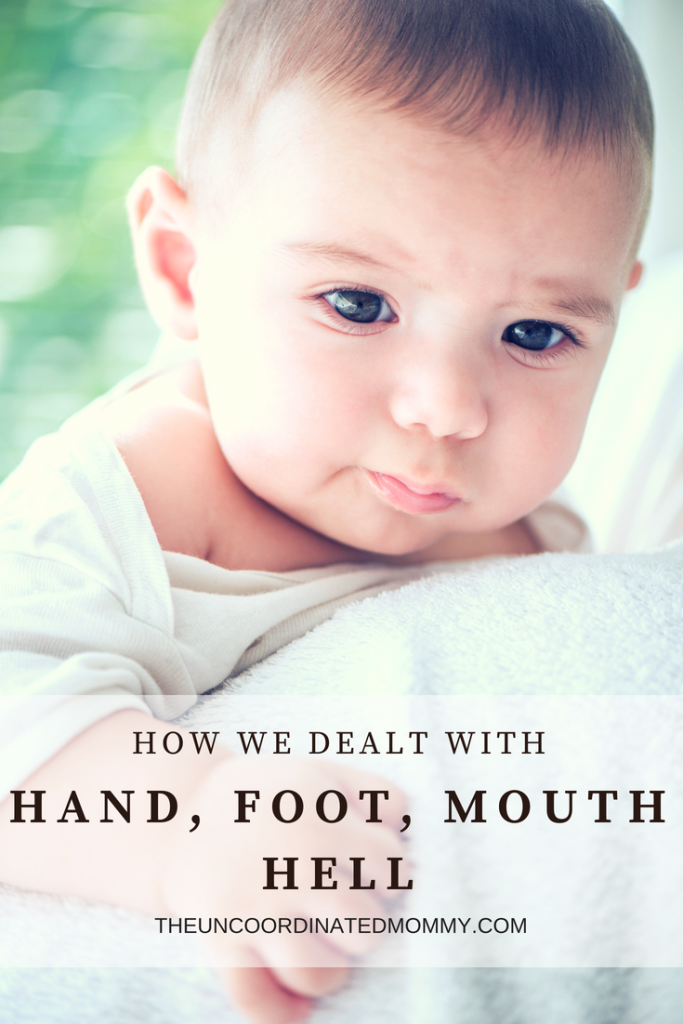 Whew, I could not be happier that this week is over. After an amazing Memorial Day weekend with Eric and Noah I was awoken at 2:30 Tuesday morning by Noah. He’s been sleeping through the night for really long time now, but every now and then for whatever reason he wakes up. I went in to check and could tell that he was flushed and felt hotter than normal.

I grabbed our thermometer and checked his temp, was 102.4. This was the highest fever he had ever had, by a long shot, I had never seen it go above 99. I quickly grabbed The Baby Book, by Dr. Sears

. This is a great reference book to have and it has saved our lives about a billion times!

I checked out the section on fevers and decided to give Noah some Advil and stay up with him for an hour to make sure his temperature dropped. As long as it responded to the medicine there was no immediate concern. It did and we went back to sleep. The next morning I put in a call to our old pediatrician in Jacksonville,  Progressive Pediatrics, who are awesome by the way. They said just to keep medicating it and as long as nothing changed he didn’t need to be seen. Apparently babies can have fevers for as long as 5 days, as long as they are behaving normally. At that point he would need to be seen. I added find new pediatrician to the list of things to do!

Because things can never just be easy I had my OB checkup for Bryce that afternoon. Noah was acting fine, so I decided to keep the appointment. This was both good and bad. Unfortunately for Bryce, the appointment ended up being more about Noah than him. Poor second children, this will probably not be the last time. Noah’s fever spiked even higher during my appointment, 103.7!! He was literally melting down. So my OB quickly measured my belly and tried to listen 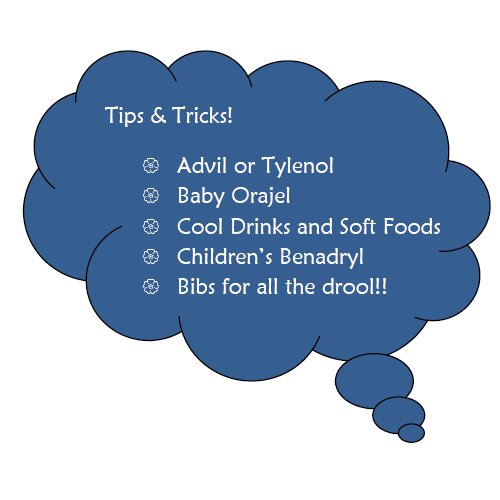 to Bryce’s heart beat, competing with Noah’s wailing of course, and that was pretty much it for the appointment. She did however have one of the nurses get on the phone and go down the list of their suggested pediatricians until they found one that could see Noah that day. What life savers!!

We stopped at CVS and picked up more Advil and then headed off to the new pediatricians. After a short wait -shocking- the doctor saw Noah and quickly diagnosed him with Hand, Foot, and Mouth Disease because of the ulcers in the back of him mouth. My poor baby!! So all that aside here is what I now know about this sickness and some tips in case, God forbid, you ever have to experience the same thing.

Hand, foot, and mouth disease, also called the Coxsachie Virus, seems to be relatively new. I checked the CDC’s website and couldn’t find much mention prior to some pretty nasty outbreaks in southeast asia in the late 90’s. It’s primary symptoms are a high fever combined with ulcers/sores in and around the mouth and on the feet and hands, hence the name. If that’s not bad enough they can also get sores on their bottoms too. It can last up to a week or more and is extremely contagious.

The good news is that while adults can get it, they rarely show symptoms. Our immune systems tend to be strong enough to fight off the virus. This does mean that we can be carriers and not realize it. To be on the safe side we washed our hands often and Noah and I stayed at home the entire week.

The fever was pretty easy to control with the Advil, unfortunately, his mouth would start hurting hours before we could give him another dose. So that meant 2 hours of crying. There is nothing more frustrating than watching your child in pain and not being able to do anything about it. We tried popsicles and ice cream but he wanted nothing to do with that. The best we could do was give him cold water in a sippy cup and milk when he felt up to it. So for a couple of days straight not only was he in pain, but I’m pretty sure he was extra cranky because he was hungry. Once the sores started to heal, around day 3 or 4 he started to eat the pureed fruit pouches and I started making him fruit smoothies.

Probably the most ingenious thing we figured out was to give him baby orajel. This was Eric’s idea and it worked pretty well! I found that me sticking my finger in his mouth generally made things worse before it could get better. Instead I found that I could put it on Noah’s finger and let him suck on his own finger, this way I wouldn’t inadvertently hit a sore and he wouldn’t be freaking out afraid that I was going to. It was important though to wash his finger afterwards so that he didn’t get it in his eyes.

As of March 2018 Orajel has pulled all of it’s baby line. It is no longer reccomended to give Benzocaine to children under 24 months. As Hand, Foot, Mouth is most common in babies and toddlers it is important to remember this. I am still keeping my Orajel recommendation though because both of my boys had HFM after 24 months at least once.

The most obvious part of this illness, other than the screaming, was the insane amount of DROOL!! It was everywhere! Noah was always a big drooler when he was teething, but this was 10x worse. He went through 4-5 t-shirts a day during the worse part. Absolutely soaked through those little shirts. I finally got smart and dug out some bibs and that helped our laundry a little.

The second best tip I found on the Ask Dr. Sears website. Children’s Benadryl!! Halaleuha!I may not practice a lot of his parenting techniques, but his book and website are the first places I check when Noah isn’t feeling well.  After an absolutely horrific night Tuesday night, we picked up some Benadryl on Wednesday and Noah slept soundly through the entire night. It is extremely important that you be very careful when giving this to a toddler though. There is a page on how to safely administer Children’s Benadryl on Dr. Sears’s website. Read it thoroughly before giving to your child, and I would suggest double checking with your doctor too just to be safe. You never want to mess around with medicine and babies.

Remember, I’m not a doctor and this is not medical advice. 🙂 From one mama to another, this is what worked for us!

So, hopefully this will help some desperate mom out there!! I know I scoured the internet many times last week and other than the medical sites, which weren’t extremely helpful, there wasn’t much on this disease. And to give you a little shining light at the end of the tunnel, I have heard that once your child has this they are basically immune to it. They can get it again, but apparently that is extremely rare. It’s like the new chicken pox but much worse if you ask me!